The details of the Nokia XL was first spotted in www.maktechblog.com website.  The website showed the release date as 15th March, 2014 and price as Rs.8,500.

The Nokia XL smart phone has a 4 inch WVGA screen with 1 GHz dual core Qualcomm Snapdragon processor with 512 MB RAM.  The device is a dual SIM smart phone.  It has a 3 Mega Pixel camera.  The MicroSD card slot can accommodate memory upto 32 GB.  The smart phone will be available in green, white, black, yellow and cyan and red colors.

Even though the device runs on Android OS, it does not have Google Play store installed in it. Instead it will have Nokia Android store from which you can download Android Apps.  All the default Google mobile services will be missing from this device.

Spice mobiles is targeting Indian market with its Android smart phones.  Spice has recently tied up with Chinese smart phone manufacturer, Coolpad and now they have launched a co-branded Spice-Coolpad range of smart phones in Indian market.  In this article we will see a review of the Spice Coolpad MI-515 smart phone. 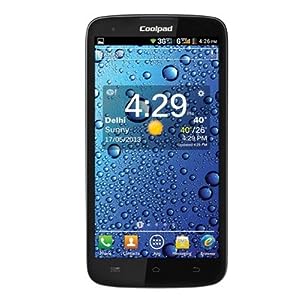 The Spice Coolpad MI-515 is the first mobile phone which has been introduced by Spice after their collaboration with coolpad company.

The  Spice Coolpad MI-515 has a 5 inch display with three capacitive touch buttons placed below the screen.  The ear piece, front facing camera and the proximity sensor sit on the top of screen.

There is a metallic blue frame around the mobile phone which adds to the aesthetic appeal.  The power key sits on the right side while the volume control button is located on left side. The micro USB and 3.5 mm audio jack can be seen on the top.


At the back you can see 5.0 Mega Pixel Camera with LED flash.  The Spice Coolpad MI-515 is a dual SIM (GSM-GSM) smart phone.  If one wants to change the SIM card, the device needs to be switched off, as the SIMs cannot be accessed without removing the battery.


The Spice Coolpad Mi-515 runs Android 4.1.2 (Jelly Bean) with some minor tweaks done by the company including skinning of app icons, colour schemes and settings toggles. It's not the latest version of the OS but almost all devices in this price segment feature the same operating system. In terms of additional functionality, the software has nothing new to offer.

The home-screen panel consists of five customizable screens. The notification tray includes toggles for settings such as Wi-Fi, Brightness, Rotation, Bluetooth, GPS, Data, Screen timeout and sound profiles. Some of the key features of this smart phone are listed below. 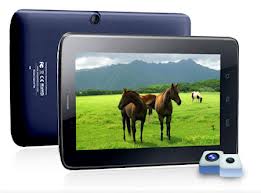 The tablet is India's first dual SIM tablet and has 7 inches touch screen.  The device has 512 MB RAM and 4 GB internal storage.  One more feature of this tablet is that it has a call receiver like that in a smart phone. So it is possible to make and receive voice calls using this tablet.

Here are some of the important features of the Swipe Legend tablet.


For more details about this tablet,  please read Review of Swipe Legend Tablet.
Posted by Raghav at 8:56 AM 0 comments

The Android Jelly Bean based Samsung Galaxy Note 8.0 was unveiled at Mobile World Congress in February, 2013 and it was announced for Indian markets as Galaxy Note 510 after a week.

The Samsung Galaxy Note 510 is powered by a 1.6 GHz A9 Quad Core processor along with 2 GB DDR3 RAM.  The device has internal storage of 16 / 32 GB options with additional expansion support up to 64 GB.  The 16 GB white color tablet is now available for pre-orders for Rs.30,900.   Lot of pre-installed applications are available in the new Samsung Galaxy Note 510 tablet.

Are you looking for a budget tablet from HCL which supports dual SIM and Android Operating system?  The best choice is HCL Me Y3 tablet which runs on Android 4.0.4 operating system.  The tablet has a 7 inch capacitive touch screen with a resolution of 1024 x 600 pixels.

The HCL Me Y3 tablet is the newest Android tablet introduced into the market by HCL in February, 2013.  This is the first tablet from HCL which has access to Google Play Store.  The tablet runs on Android 4.0.4 OS and has 1 GHz Cortex A9 processor.


The  HCL Me Y3 tablet has 2 MP rear camera for taking photos and 0.3 MP front camera for video calls and chatting.  The device has 1 GB of DDR3 RAM and 4 GB internal storage which can be expanded up to 32 GB.  There is also Wi-Fi, 3G, and Bluetooth connectivity for this tablet.

For more details about this Android tablet, please read  Specifications and reviews about HCL Me Y3 Tablet.
Posted by Raghav at 3:55 AM 0 comments

HCL Me U1 Tablet specifications and Reviews 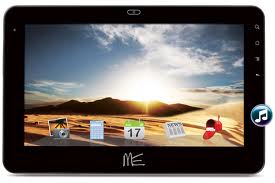 The HCL Me U1 is the first Android Ice Cream Sandwich tablet introduced by HCL company in India.  The Android tablet has 1 GHz single core processor and it has 512 MB of DDR3 RAM with 4 GB internal storage.  The storage can be expanded up to 32 GB.

The  Android Ice Cream Sandwich based tablet,  HCL Me U1 has Wi-Fi and 3G connectivities and also USB port. The 3G connectivity is through external 3G dongle.

The Tablet HCL Me U1 tablet has a 7 inch touch screen display with resolution of 800 x 480 pixels.  The front camera is 0.3 MP pixels. There is no rear facing camera in this tablet.   The HCL Me U1 tablet can be purchased from Indian market for a price of around Rs.7000.

For more details about this Android based tablet,  please read HCL Me U1 tablet reviews and specifications.

HCL Me Tab Y2 - The Android Tablet from HCL

sssReview of HCL Me Tab Y2 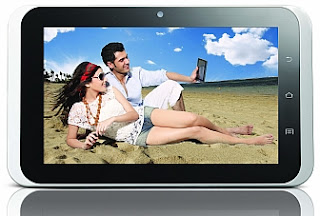 The HCL Me Tab Y2 is one of the best Android Tablet from HCL which has the best display for the price of Rs.15,000.  You can consider this tablet from HCL if you are looking for a fantastic display and excellent multimedia performance .
Let us now see something about HCL Me Tab Y2.  There are lot of Android Tablets available in the Indian market now a days but only few of them prove to be worth its value for money.    One such tablet which has excellent display is the HCL Me Tab Y2 which costs around Rs.15,000.
The HCL Me Tab Y2 has a screen with wider aspect ratio which is ideal for watching videos.  It is 13 mm thick which is more thicker than the  Samsung Galaxy Tab 2.
This tablet from HCL is a little bit heavier compared to other 7-inch tablets and weighs 370 grams.

Features and Specifications of  HCL Me Tab Y2

The HCL Me Tab Y2 runs on Google Android 4.0.3.  The tablet comes preloaded with number of apps and games like app installer, BigFix, Bollywood Hungama, Hungama.com, Ninja Rush etc..
The Tablet is powered by a 1 GHz Cortex A9 processor and has a RAM of 1 GB and comes with 8 GB internal storage which is expandable to 32 GB through Micro SD card.  Some other specs include Wi-Fi, Blue tooth, GPS and Accelerometer.
The Display of HCL Me Tab Y2 is a 7 inch display with resolution of 1024 X 600.    The display is one of the best at the price offered and looks vibrant and is sharp.  You can even see the contents of the display under direct sun light.   The HCL Me Y2 touch screen is very very smooth and gives a good response to the touch.


One more thing is that transferring the data from your PC is very very easy.  You just connect it to the PC, copy and paste.  that is all.  Another feature of HCL Me Tab Y2 is that you can use the tablet as a mobile phone.  Just insert your SIM card and use it as a phone.  It would be quite inconvenient if you use it as a phone.   The games run very well on HCL Me Tab Y2 and the load times of the games is very fast.   There is a 2 Mega Pixel Camera on the rear side of the tablet and there is a 0.3 MP camera in the front used for video chatting. 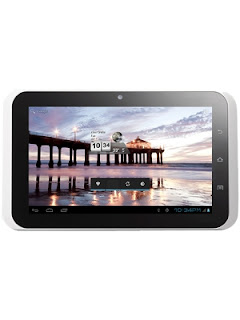 Another thing of importance is how long the battery of the tablet lasts?  The HCL Me Tab Y2 worked for 4 hours of continuous video play back when a 720p HD MP4 movie was played with full brightness.  This is quite good about battery.   The important specifications of GCL Me Tab Y2 are listed below.

Where to Buy HCL Me Tab Y2